Skip to main content Our campus is re-opening. See what the journey back to campus will look like this fall.

Bienvenue! A major in French at Grace College will explore the ins and outs of the French language and culture. As you consider an array of colleges with French majors near you in the midwest, be assured that when you find your way to Winona Lake, Indiana, you will discover a top college for French taught with a Christian worldview. A Grace College French degree will help you make workable connections between French literature, conversation, and film, preparing you to weigh questions and create conversation in a Christian college context.

This program is for you if you are serious about creating an impact in a French career. With a bachelor’s degree in French, you will be required to get real-world experience ensuring you are equipped for jobs in international missions, teaching, translation, and countless other areas.

Whether you have previously studied French or are a beginner, the French program at Grace College invites you into a world of new language and cultural experiences. As an official language of the United Nations, NATO, UNESCO, and the International Red Cross, French is a strategic choice for students interested in diplomacy, international business, missions, and humanitarian work. It is also a language that gives you access to some of the most influential thinkers and writers in European history. On campus, our students have the opportunity to study not only French language, but also French and Francophone culture, literature, and film. We offer a range of co-curricular activities, including conversation hours, cultural workshops, and film viewings. Students majoring in French or French Education solidify their skills by spending a semester or summer at Université de Bourgogne in Dijon, France, or Laval University in Quebec, Canada, for an immersive, cross-cultural experience through our Study Abroad program.

French Major is a Good Fit for Those Who Are: The faculty at Grace College truly lived their lives in a way that allowed the light of Christ to shine through them. Grace College prepared me not only to teach in the classroom but to be a lifelong learner, especially in my spiritual walk.

the grade received from Niche.com for our top-rated Winona Lake community

hands-on learning opportunities on campus and in the community Our faculty and staff are expertly skilled in their fields and they care about your goals, future, and well being. Education with a Biblical Worldview

At the heart of a Grace education are academically challenging courses that are specifically designed to foster a thirst for character, competence, and service within the hearts and minds of our students.

Learn More About Our Values 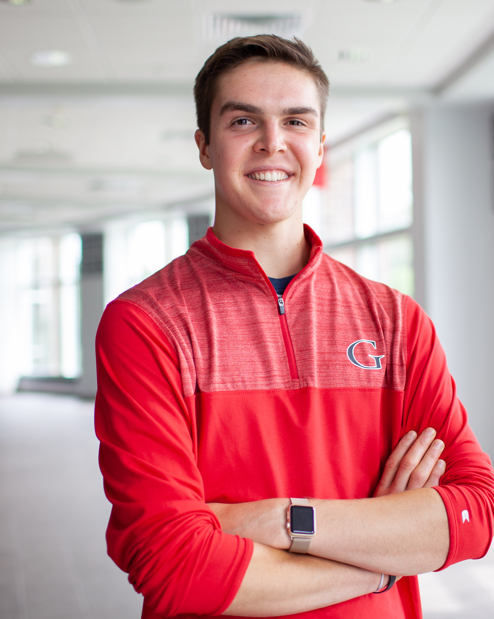 Being a transfer student, I felt God leading me to Grace because of its great academic programs, amazing professors, and its ever-present integration of faith and learning.