“Forgiveness was hard because I felt like this lady owed me something.”

That single statement is only part of the struggle that Alissa Jagger has felt since July 17, 2015. That was the day her family was in an auto accident while traveling in West Virginia. That was the day Alissa suffered a dislocated spine, paralyzing her from the waist down. That was when the thought of forgiveness became difficult. The list of what she had lost brought much pain with it. Standing, walking, and running were only the beginning of Alissa’s list. She admits wanting the woman from the other car to “hurt like I hurt” and to “experience daily reminders of what was lost.”

Yet Alissa remains steadfast in her faith. She understands that the debt of pain is too big for any person to repay. It has to be forgiven. Realizing that she is indebted to Jesus inspired her. “God forgave our debt when we could never repay it, “Alissa said, “and we are called to do the same, without exception.”

It’s rare that freshmen in high school know exactly what they want in a career. Alissa fits into that category. While the accident was not the sole reason for her choice in majors, it likely led to a focus.

That is part of what makes her so willing to share her story. She believes that change comes when we communicate our needs to one another. Encouraging those with disabilities to speak out will lead to positive changes. While the accident would not typically be seen as a positive ordeal, Alissa has felt the impact from those she has met along the way. She’s thankful for each one, knowing she would not have met some amazing people had it not been for the accident.

There were the helpful people in West Virginia where she stayed for ten days following the accident. In Atlanta, she befriended several others with spinal cord injuries who knew how to encourage her to live to her full potential. Then there are the numerous therapists in Chicago at the Shirley Ryan AbilityLab. Because of her frequency there, she’s grateful for people who make her feel at home.

But not everything is about rehabilitation. Last summer found Alissa in Washington D.C. She was there on a mission trip with her church. Meeting homeless people who felt no hope, she was emboldened to share her personal struggle and the faith that has grown in her.

Even though forgiveness for the other driver did eventually come, Alissa knows there are still difficult days. That is why she stays grounded in the truth of God’s Word. Recently, Matthew 6:27 has been bringing her comfort.

“Can all your worries add a single moment to your life?” More recently, her circumstances found her walking across the stage at her Columbia City High School graduation. It’s not her final goal, but it is another accomplishment along the way.

Grace. It’s something Alissa has had to offer. Even as she does not wish to be the life lesson other parents share with their children. Even with the lists of things she has lost. Grace is something she has come to hold dear. But Grace is also a direction for Alissa moving forward.

In this case, grace doesn’t just refer to the theological concept. Asked how she decided on attending Grace College, she noted the clear emphasis on each student’s relationship with God. “Any college can hand you a piece of paper at the end of four years,’ Alissa quips, ‘but not every college can help you further your relationship with Christ.”

Grace College understands this. If you would like to see how we can help you achieve your goals while living fully for God, contact us. We believe every story can be an inspiration. 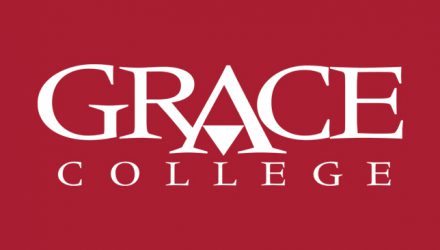 Social Media vs. Reality: Engaging the Digital World as a Christian